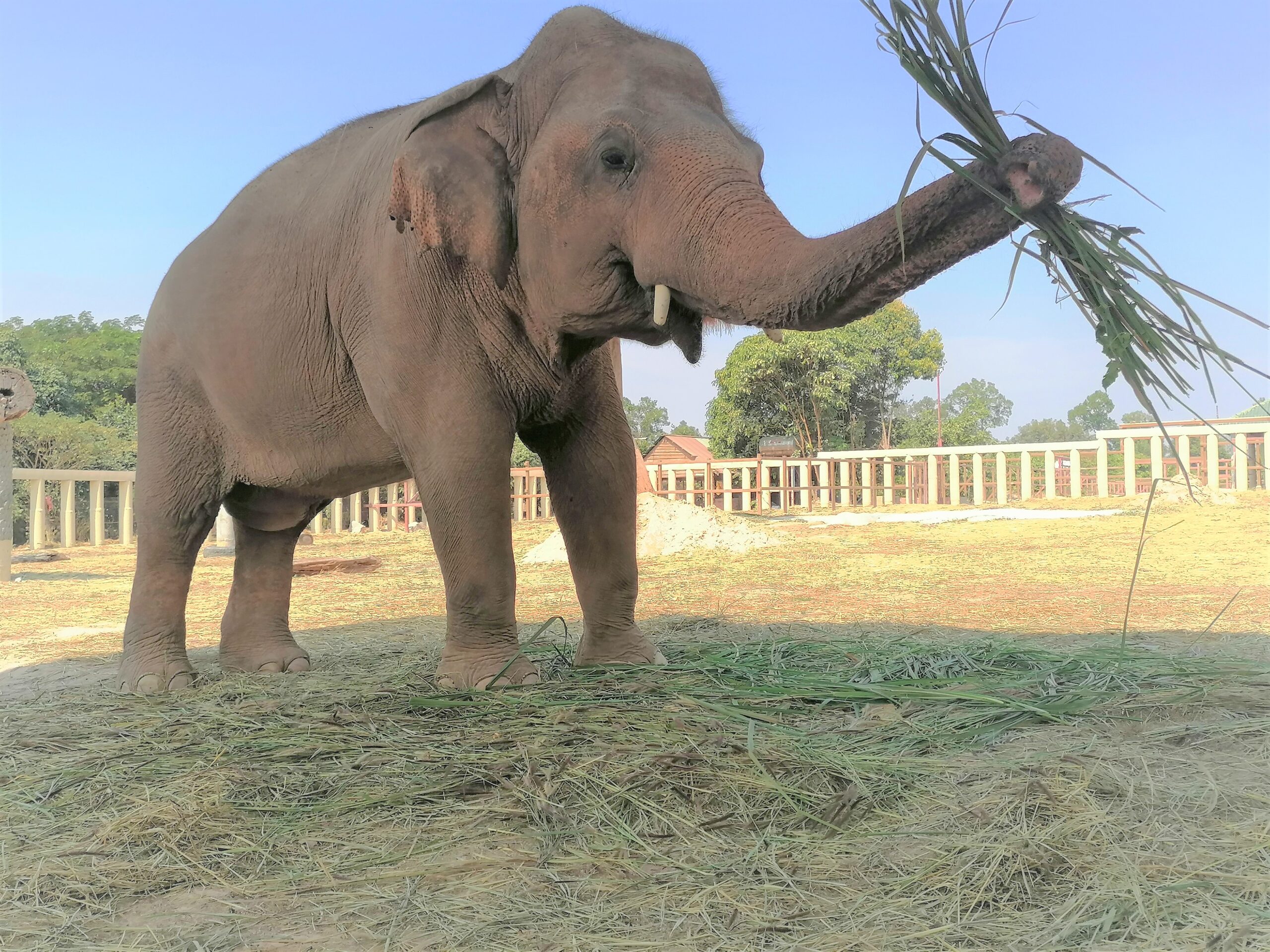 All the lonely elephants

By Audrey Gaffney February 6, 2021 No Comments

All the lonely elephants

Like most people, we at Ethical Bucket List are absolutely delighted by the news of Kaavan’s rescue. For those of you who don’t know, Kaavan is a 36-year-old Sri Lankan elephant who was gifted to Pakistan in 1985, and has since lived in Islamabad Zoo.

Kaavan became known as the ‘loneliest elephant in the world’ following the death of his partner, Saheli, in 2012. For the majority of his life, Kaavan has lived in a small, dilapidated enclosure on a 10m long chain. Following a petition in 2015 and subsequent media campaign, things did begin to look up for Kaavan. His story went viral and in 2016, after seeing the conditions in which he was being kept, the singing icon Cher initiated the #SaveKaavan campaign.

Thankfully, in May 2020, the Islamabad High Court ordered wildlife officials to look for a suitable sanctuary for Kaavan and by November he was on his way to the Cambodia Wildlife Sanctuary. “One can only imagine what Kaavan endured whilst living in a zoo, but he seems to be calmer and happier by the day,” says Cambodia Wildlife Sanctuary. “Due to obvious mistreatment prior to his arrival in sanctuary, there were trust issues, but those are rapidly fading. The happiness we see in him now will soon be multiplied. A 30 acre jungle enclosure is currently being built, complete with his own piece of the jungle, a pool some water holes and mud pits, and a large grassy area for grazing, and with the females able to visit or stay with him if they wish, we hope that Kaavan will soon learn to become an elephant, again.” A great debt of gratitude to Cher and many others, including Free the Wild, Four Paws, Dr. Frank Goeritz and Eric Margolis. You can donate to Kaavans care here.

Was Kaavan the ‘loneliest elephant in the world’? Without doubt he couldn’t have felt more alone and sad, but he (if you pardon the pun) is not alone. There are unfortunately many lone elephants languishing in zoos around the world. So, what causes this suffering? Firstly, and most importantly, elephants are extremely sentient beings. They form deep familial bonds and are intelligent and sociable. In short, they need stimulation and can feel lonely and frustrated. In the wild, they live in family units from solitary females with their offspring to herds of many related females and subsequent generations. Male elephants do leave herds upon reaching maturity but still form associations (albeit less formal units) with other males.

The trouble with zoos

But solitary confinement is only one of a number of issues with housing elephants in zoos, as is the case with Anne at Longleat. Elephants require constant motion and, in the wild, have ranges from 100-10,000km². This space is required for good physical and mental health. Zoos are too small to allow for this range of movement, and many are also too small to allow sufficient elephants to be housed for essential kinship groups. Quite often zoos will separate babies from their mothers to be sold to other zoos. Many zoos have unsuitable facilities with concrete floors and yards that foster foot rot, which is the case for Mali who is currently being kept in Manila Zoo.

Zoos in cold climates pose additional problems, elephants should not be kept in freezing temperatures[1] the way Lucy is languishing in Edmonton Zoo. There is also the issue of substandard zoos, where elephants do not receive adequate care, water, nutrition or veterinary attention.  Some even spend the majority of their lives in chains such as Malaika and Sonu in Karachi Safari Park. In the wild elephants have a lifespan of 70 years, which is reduced to 40 in captivity.

What is the extent of the problem? Louise Potts of the Captive Elephant European Network says “Tragically, 26 elephants are living in solitary confinement in Europe. Many have done so for decades.” A study of American zoos in 2008 found that of the 831 elephants held in zoos approximately 20% or 166 were living alone or with just one other member of the same species. Elephants in Japan is a global initiative that focuses on the welfare of 14 elephants in solitary captivity. There are numerous examples of solitary  elephants in substandard zoos in Asia, as well as Lucy, the solitary elephant in Canada, Lucy who is the subject of a Facebook campaign.

How can we help?

What can be done to relieve the suffering of solitary elephants in zoos? A number of North American zoos (such as San Francisco, Detroit, Madison, Oregon and four other cities) have closed their elephant exhibits and sent their elephants to sanctuaries. Bronx Zoo is phasing out its exhibit and will cease when its last elephant dies. However, this has raised issues as their solitary elephant Happy has been the subject of recent legal cases. Obviously relocating solitary elephants to sanctuaries would be the preferable course of action. But relocating elephants is often a legal, problematic, complex and expensive exercise.

Firstly, the owners have to agree to their release, which often requires legal intervention. Finding a suitable sanctuary is also an issue.  According to Elephants in Japan “sadly, at this time, there is no legitimate elephant sanctuary in Japan.” As with Kaavan, transporting elephants to overseas sanctuaries is an extremely costly and complicated exercise. This would also be the case for many of the world’s solitary elephants, such as Anne, Mali, Lucy, Mondula in Scotland – the list goes on. Determining if the elephant is able and suitable for rehousing is a key consideration. “We would never ask for Anne to be relocated if it was detrimental to her health and wellbeing, that is why we are calling on Longleat for an independent assessment of Anne” says Maria Mossman of Action for Elephants.

The story of Kaavan is heartwarming and encouraging. On examination of the issues of solitary elephants, though, it becomes clear that it is a complex, uphill task to improve their lives. The starting point is always demand.  The reality is that many people visit zoos and unless they question them on the welfare of their animals, many establishments will not change. This is where awareness is critical – people need to become aware of the issues in relation to captive animals and how influential their choices are.

Thankfully there are many groups/campaigns raising awareness of the plight of these animals. Elephants in Japan believe they are making a difference. “No one would have known these elephants exist if it were not for the Hanako campaign”. This is the strength of the many awareness campaigns – they generate discussion and apply pressure which can benefit captive animals in general. Following Kaavan’s rescue, Himalayan brown bears Suzie and Bubloo, the last two animals in Islamabad Zoo were also airlifted to a better life in Jordan. Then the zoo was finally closed for good!!

Anne is an Asian elephant, thought to be around 61 years old, who lives at Longleat Safari Park in Wiltshire. She has been there almost a decade, after being rescued from the circus where she was being beaten. Anne hasn’t seen another elephant in 20 years. She has good indoor quarters, but her outdoor area is a bare enclosed yard, where she has no access to the wooded area adjacent to her enclosure. Action for Elephants is campaigning for Anne to be relocated to Elephant Haven in southern France, which has offered her a permanent home. The Haven will pay for and assist with her transport. Everything is in place to move ahead with her relocation. More information and how you can help here 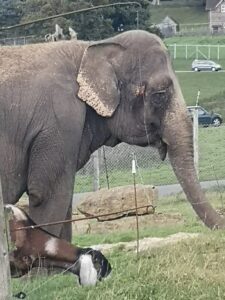 48-year-old Mali has lived alone at Manila zoo for 45 years. She was a nursing baby when she was gifted by Sri Lanka to the Philippines. PETA have been campaigning for nearly a decade for her to be relocated to a sanctuary. For more information and how you can help here

Happy, believed to 50 years old, has been living at New York zoo since 2002. In 2005 she became the first elephant to pass the mirror self-recognition test. Since her companion was euthanised in 2006 she has lived a solitary life. She is the subject of a recent New York Supreme Court case launched by Non-Human Rights Project. For more information and how you can help here

Lucy, believed to be 46 years old, has been living at Edmonton zoo since 1977. She suffers from respiratory problems and lives a solitary life at the zoo. Animal rights activists have been calling for Lucy to be moved for a number of years, due to her cramped conditions, Edmonton’s cold weather and her solitary existence. For more information and how to help here 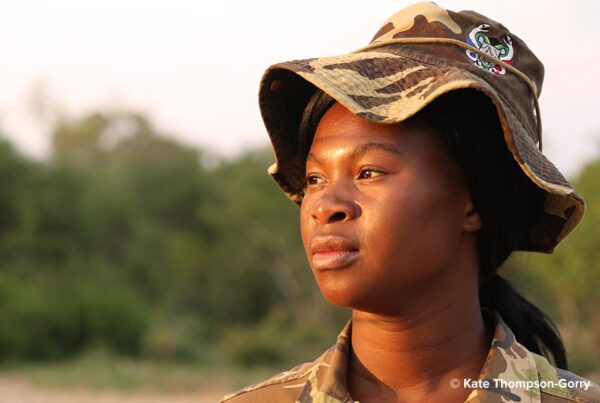 How an elephant helped to found Ethical Bucket List 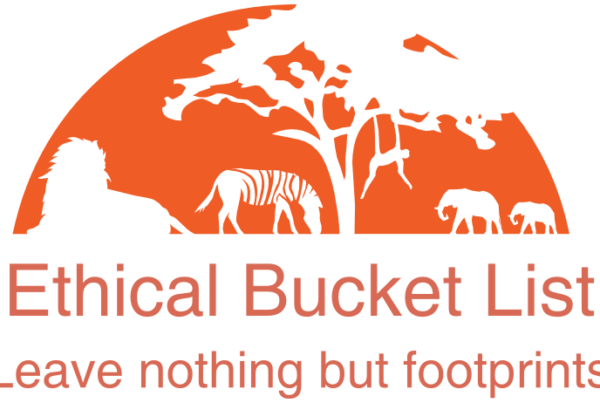